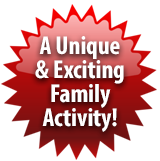 Come prospect in one of Arizona's most historic gold areas!

AGPA now has it’s own placer gold claim in Arizona!

Here are some photos and info on our GOLDEN AGE claim in Wickenburg, Arizona. It’s a beautiful spot near the Hassayampa River and has great access from the road. The claim actually crosses the road!

Trumpet plants (a great indicator of mineral rich soil) are scattered throughout the claim along with many different rock specimens like quarts, red jasper, olivine, etc. Our claim has 2WD access and the main wash is just steps from the road.

A little bit about Wickenburg… A German named Henry Wickenburg was one of the first prospectors. He discovered the Vulture Mine and founded the town of Wickenburg. Wickenburg later in life became a farmer and died penniless despite the fact that the mine that he discovered produced as much as $70 million worth of gold during its course of operation, making it the most important gold mine in Arizona. He discovered a quartz deposit containing gold and began mining the outcrop himself. Vulture City, a small mining town, was established in the area. The town once had a population of 5,000 citizens.